Of all the years I’ve covered as Master of Ceremonies here at SoulInStereo.com, 2019 seemed to be the most bizarre 12 months of them all.

It seemed like the biggest acts in music were celebrated for almost everything BUT their actual music. Several legends returned with new music after decade-long hiatuses … only to fall flat on their faces. And some of the industry’s most hyped prospects released highly anticipated projects that quickly went nowhere fast. Of course, that didn’t stop loyal stans from dying on every hill imaginable to defend their faves – until they found something new to argue about on Twitter the next day.

That said, 2019 was filled with quality music, you just had know where to look.

That’s probably why Soul In Stereo’s Top 50 year-end list you’re about to enjoy probably won’t look like those others.

According to my notes – cuz notes are important – over the past 12 months I’ve listened to 104 albums/mixtapes/EPs/whatever you call ’em these days. I reviewed many of them right here.

Quite frankly, the best albums of 2019 were the ones that flew under the radar and didn’t spur endless social media wars. Some were throwbacks to bygone eras while others dragged listeners out of their comfort zones, blending multiple genres together for a fresh new sound. These albums celebrated freedom, womanhood, blackness and individuality. Some wanted you to think, others wanted you to be angry. And then there are those that just wanted you to have fun.

You might not recognize all the names on this list but if you’re a fan of music get to know them. While everyone else talks about being the best, they’re the ones who delivered. 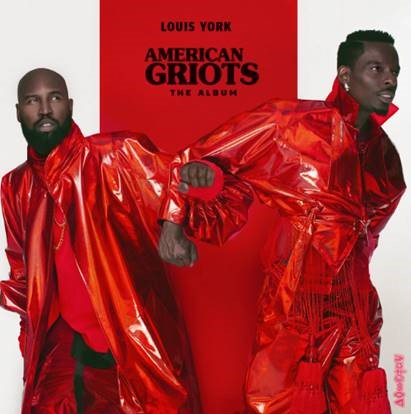 Put two musical maestros like Claude Kelly and Chuck Harmony in the same room together and magic is destined to be made. The duo’s debut album is a musical tour-de-force, spanning genres and pushing boundaries. What Bruno Mars’ 24K Magic did for early ’90s R&B, American Griots does for ’80s sounds – harkening back to the heyday of Earth, Wind & Fire, Stevie Wonder and other ’80s greats. In an era where moody vibes are all the rage, thank Louis York for making this music thing fun again.

Read the article at: soulinstereo.com