Storytelling is the heart of culture. It is the vessel that helps us connect to one another — whether we are sharing our personal experiences or passing on our history.

Chuck Harmony and Claude Kelly are storytelling virtuosos. Rooted in sophisticated songwriting and music production, the creative dyad met back in 2008, while working on Chrisette Michele’s sophomore album Epiphany.

The first song they had cut together was “Fragile.” Before then, they both had worked with major artists like Brandy, Mary J. Blige, Janet Jackson, Rihanna and Bruno Mars.

As Harmony and Kelly’s musical bond developed, so did their collaborations with other artists.

They worked together to help a variety of artists tell their stories including Fantasia, Ledisi, Ne-Yo, Johnny Gill, Tori Kelly, Jessie J and more.

After years of working with other artists, Harmony and Kelly decided it was time to share their own stories. In 2015, they formed their duo Louis York — inspired by their hometowns St. Louis and New York City.

Now based in Nashville, Louis York is ready to share their debut album, American Griots, on October 18. The title draws inspiration from the griots of West Africa. According to Culture Trip, “Griots [are] storytellers, musicians, praise singers and oral historians of their communities.”American Griots is synonymous with Blackness. The carefully-curated sonic experience is a celebration of Black people’s influence on music. Although R&B is the essence of Louis York’s music, they consciously decided to incorporate sounds from other genres that Black people had an impact on.

“We really wanted to highlight the fact that black people started all of American music — rock & roll, country, R&B, and what people consider pop and jazz,” Harmony tells Rated R&B. “Part of our mission was to talk about the history of music and the influence we had on all genres of music. In order to do that, you have to show and prove.”In our interview with Louis York, the duo talks American Griots, their creative approach music, their experience navigating through the streaming era and much more.

American Griots is a reminder that Black artists (like Louis York) are bigger than the box they are sometimes put in. However, there are times when Black artists are criticized for experimenting with other sounds. They’re sometimes told they’re “too pop” or “not authentic.” What are your thoughts on the backlash some Black artists receive when they step outside of their comfort zone?

CLAUDE: What legendary artist do you know that can fit in a box? Everyone wants to put you in a box and everyone wants to be Michael Jackson, Prince, Tina Turner, Aretha Franklin and Stevie Wonder. We saw ourselves bigger than the boxes. But, even with that being said, if we are going to claim a genre we’ve been very deliberate about calling ourselves R&B. I feel like the problem is R&B is a thread to all of this music but there’s a mentality that everyone should shed that title in order to be more successful. Like, you’re not making money unless you call it pop or rock. There’s a lot more R&B out there selling that we give credit for because no one wants to label it R&B. I hear R&B in everything out there, so how dare us — two black men with all this talent and all this experience — not claim what really is the source.

You’ve written great R&B songs and great pop songs. Is there a difference in how you creatively approach the two when working on music?

CLAUDE: It’s the same creative approach. Chuck and I are not like everyone else in how we think about how to create songs, so we’re not even thinking about the pop or R&B of it. For us, every single song for every artist we work with is tailor-made for that person’s personality. We sat with K. Michelle and realized she was a country girl at heart. We sat with Fantasia and knew that she needed to pour her soul over some real rich R&B. When you sit with them and realize who they are, where they come from, what their voice and personality can do, that kind of defines the sound.

After working with so many different artists, how would you describe the process of finding your sound as Louis York?

CHUCK: I would say it was easy because all you have to really do is be yourself. I’m producing for myself and my best friend. There’s no pretentiousness — that’s what makes the process easy. What makes the process difficult is there are a lot of different layers to ourselves, so just figuring out what side we want to present at a particular time.

You’re getting ready to release your debut album, American Griots. What do you want people to take away from it?

CHUCK: I want people to hear the inspiration and the aspiration of my music. I remember going to see Black Panther and leaving the theater inspired to make better art. As I began to work on this project, that’s kind of the mindset. I want to present something so that when people hear it, they’ll be inspired to go a little harder. I really hope people hear how inspired I am. 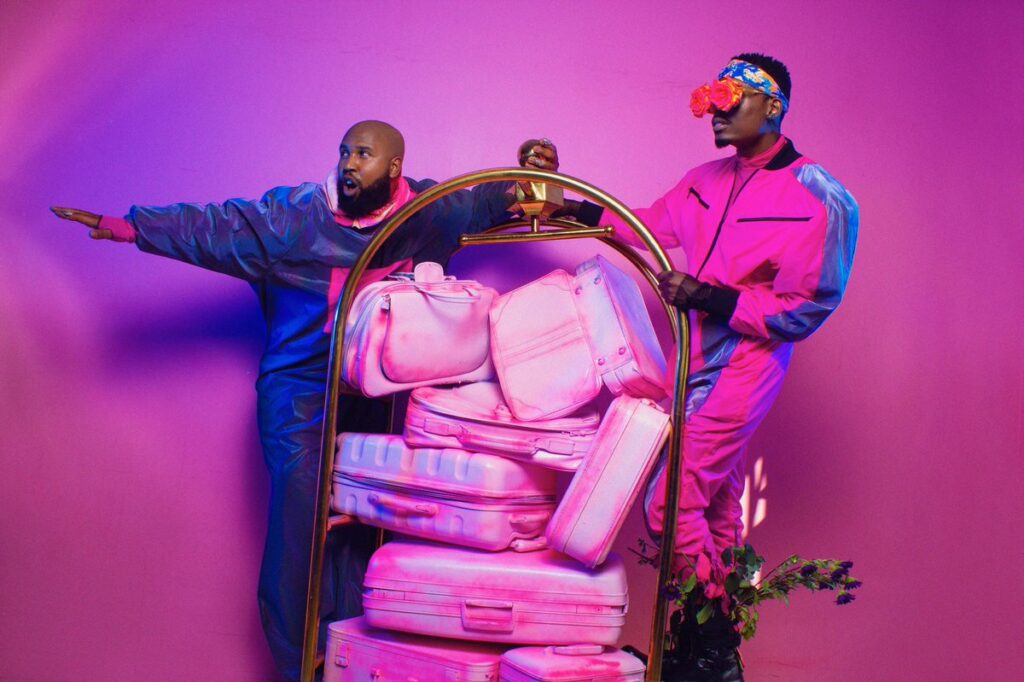 The industry has changed a lot since you two got started. How have streaming services impacted you as songwriters and producers?

CHUCK: Well, we don’t get paid (laughs). Both of us have done our share of lobbying for the Music Modernization Act. Claude went to D.C. to lobby in Congress for better rates for songwriters, and so we are well aware of the time’s changing. I really wish we had a bigger say, as a music community, of how our music is being consumed. I feel like somebody is telling me how to consume my music and how much it’s worth. That’s the disheartening part of the thing for me.

CLAUDE – I agree. The other disheartening part for me is with tech companies trying to control the art, the focus is not necessarily the art all of the time. As a fan of music myself, I go on streaming services because I am dying to find new music every Friday like everyone else. And it’s hard to find it because it’s not even presented to you in an artistic way where you can understand, love and respect any artist. We have a lot to figure out and we also have to redefine how valuable music is to us as a culture. That’s why we took so much time with our own music because anyway we can combat the idea of this issue that’s simple, easy and robotic and there’s no heart, intelligence and creativity put to it, we’re just trying to fight that belief. 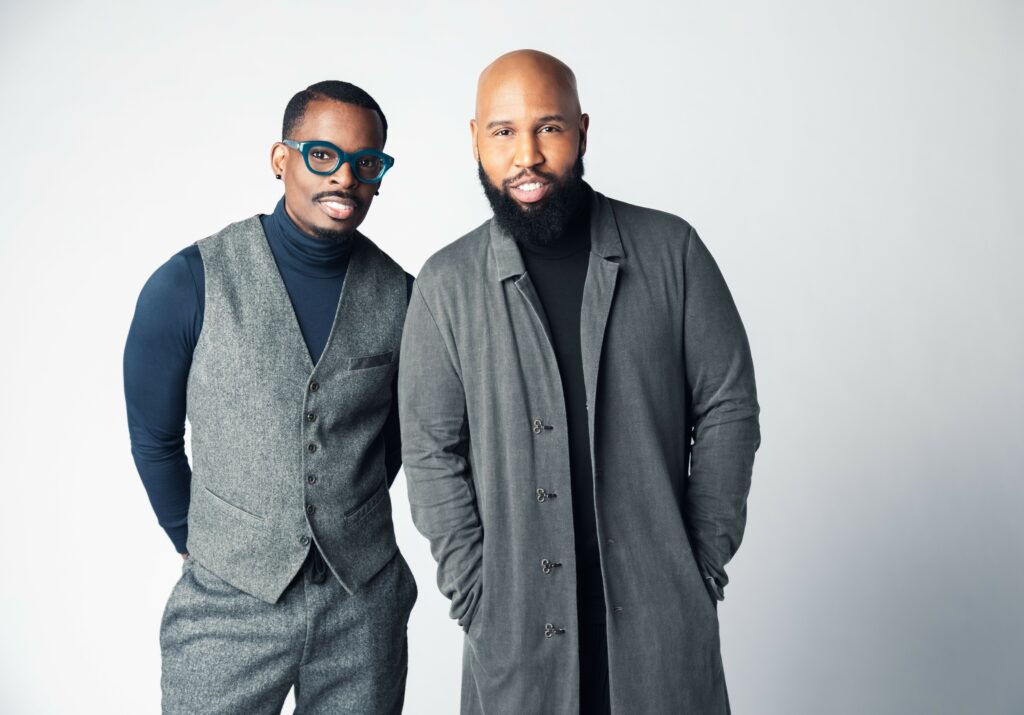 CHUCK – I cringe when I think about how we could be missing so many great records because we are depending on algorithms to pick what people hear. A lot of great records came down to one person — maybe in the mailroom — at a radio station believing in that song. They fought for that song that ended up getting to masses and actually changed the world. An algorithm isn’t going to fight for you. It doesn’t have a personality to latch onto your personality.

CLAUDE – What really it takes away is the rock and roll. The rock and roll means that a scout came to your show and was so moved by how amazing you were on stage that they were willing to go the extra mile. Or some guy at the radio station broke the rules and spun your record because they believed in it so much. Or some artist believed in you, so they took you on the road with them. All of that stuff is the rock and roll of how records become hits. The algorithms work for some artists but all that formulaic bullshit is not going to find the next Bob Marley, Sade or Tina Turner. There’s no formula to rock and roll.

Under your Weirdo Workshop imprint, you signed The Shindellas. They’ve released a few singles over a year. What can we expect from them in the near future?

CHUCK: We are working on The Shindellas’ album as we speak. We don’t want to put an exact date on it because we are taking our time to figure out how to move this thing forward sonically and lyrically. Their album is going to be beyond the next level. Since they’ve been touring with us and getting fans, their album is going to be deeper and richer than the songs you’ve heard so far.